How EHR and meaningful use has transformed healthcare

In 2009 the U.S. government introduced the Meaningful Use program as part of the 2009 Health Information Technology for Economic and Clinical Health (HITECH) Act. The legislation’s purpose focused on encouraging health care providers to achieve more widespread adoption of EHRs or specifically the "meaningful use" of certified EHRs.

Policymakers reasoned with the passage of HITECH that the widespread adoption of EHRs would provide the impetus to firstly modernize how the U.S. healthcare system managed and shared clinical and administrative information. With this modernization, it was reasoned that gains in quality, safety, and efficiency of patient care could  be achieved

After nearly a decade have EHRs and the meaningful use program transformed healthcare?

What impact has meaningful use had on healthcare?

The main impact of the federal government’s meaningful use program’s main achievement in how it has stimulated adoption of EHRs by medical providers. Since the passage of HITECH adoption rates has increased threefold to ninefold depending on the practice setting.

As a result of these increases in EHR adoption, according to The Office of the National Coordinator for Health Information Technology’s most recent data, nearly 9 in 10  office-based physicians; 96 percent of all non-federal acute care hospitals possessed certified health IT. While hospital adoption rates varied by size with small rural and critical access hospitals at 93 percent and 99% of large hospitals had a certified EHR.

How has this impacted EHR and transformed healthcare?

The meaningful use program, as intended by policymakers has resulted in some benefits. For example, a national survey of doctors cited on the Office of the National Coordinator for Health Information Technology shows 88% of doctors surveyed reported that their EHR produces clinical benefits while 75% of providers report that their EHR allows them to deliver better patient care.  Further, evidence shows that EHRs can reduce the risk of medical error and can improve the efficiency in which care is delivered by streamlining administrative resources needed to manage clinical data. In contrast, a recent report by Kaiser Health paints a different picture showing that the path of EHR adoption and development into clinical practice may be placing patients at risk of medical errors. Further, the cost of EHRs, even in light of incentive payments under the meaningful use program may not provide the return on investment policymakers anticipated.

Looking back over the last decade the question of whether the meaningful use program had delivered the level of healthcare transformation it anticipated remains unanswered. One can point to the significant increases in EHR adoption as one indicator of transformation. However, when looking at the projected gains in cost savings and quality improvement and increases in productivity, the verdict is likely still out on the question. 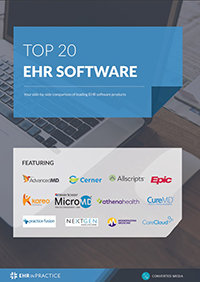